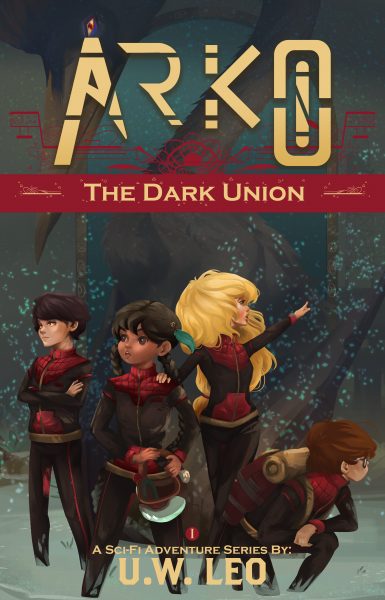 A group of tweens unearth the most significant discovery in world history, designed to save the human species…from itself.

Ariel Hyden and his friends accompany their parents, some of the world’s top scientists, on a trip to the Yucatán where Dr. Hyden is conducting research for the Mexican government. On the kids’ exploration of nearby old Mayan grounds, they discover an impossibly advanced structure hidden for millions of years in the bowels of the earth that is responsible for the past—and future—of the world as we know it.

A perilous mission has the children and the scientists racing to find answers to the purpose of their incredible discovery and who created it. With federal officers, armed soldiers, and nefarious individuals in hot pursuit, the group must be successful—the fate of the world is counting on them.

With thought-transmitting abilities, an ancient entity buried for millions of years, hatching flying pterosaurs, and futuristic technology, ARKO: The Dark Union is a thought-provoking and realistic story steeped in scientific facts, speculating on humanity’s ecological destruction and its survival.

This book is in Kindle Unlimited!