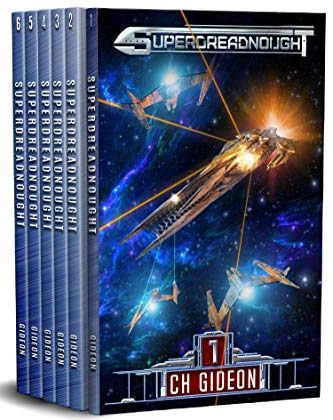 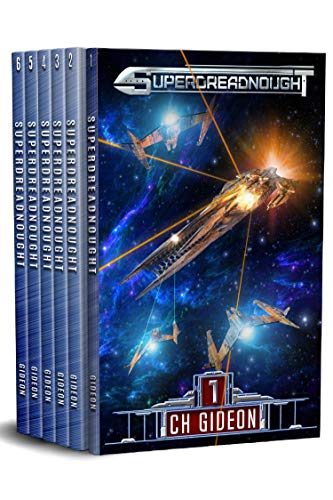 Alone and unafraid. Sometimes you prevent war by hunting down your enemies.
Grab the first 6 books of the action-packed Space Opera today!

Integrated with a superdreadnought, the artificial intelligence known as Reynolds takes his ship across the universe in search of the elusive Kurtherians. He comes to a revelation. He’s better in the company of living creatures.

He needs a crew. He needs information. And he needs to continue his search and destroy mission.

Needing a crew and getting a crew are two completely different things. Reynolds is out of his element as he tries to reach out and make friends. Through it all, he has his vessel, the superdreadnought, the most powerful warship in the galaxy.

Or so he believes.

The superdreadnought takes the fight to Grindlevik 3. Battles in space, battles of wits, battles of ideologies – Reynolds in cyberspace, the crew on the ground. Everyone is engaged.

The crew of the superdreadnought deploys on foot to win the hearts and minds of the native populations. The Grindlovians and the Telluride. Two races. One destiny.

And an interloper who is making everyone take notice.

Integrated with a superdreadnought, the artificial intelligence known as Reynolds has recruited a humanoid crew to help search the universe for the elusive Kurtherians. His mission continues, and no one stands in his way.

The superdreadnought gates into the middle of a battle. Whose side do they take?
Krokus 4. The system’s nexus of intelligent life. Who are the Krokans? Who are the Orau? Are there any good guys to protect?

It’s a dog’s breakfast from the word go. Reynolds is positioned to keep the sides from killing each other while he and the crew try to figure out what is going on. With a healthy dose of skepticism, they dig deep trying to find the truth. Underwater. In the vacuum of space. On another planet. Clues and answers can be found by only the most diligent.

All while fighting for their lives.

It’s business as usual for the superdreadnought and his crew.

The superdreadnought is hunting the cultists.
The chase takes the ship and crew to Muultar, a planet tortured by three raging stars. Why would anyone live in such a place?

But they do, and the Phraim-‘Eh cult has found fertile recruiting ground. Their plan is nothing short of taking over the whole planet.

How are they doing it? And who are those other aliens in the system, the ones who take issue with Reynolds? They seem more powerful than the superdreadnought.

Are they the long-lost Kurtherians, and Muultar is ground zero?

Once again, Superdreadnought Reynolds is caught between a rock and a hard place.

In this book is cursing. Amusing cursing, but cursing nonetheless. If bad language offends you, perhaps these books are not for you.

Set on the foundation laid by the Kurtherian Gambit Series, Superdreadnought tells an entirely new story in the Age of Expansion…when the Etheric Empire is fast becoming the Etheric Federation, with all of the trials and tribulations that come with bringing together different peoples, systems, and ideals.

Author Bio:
Craig Martelle grew up in Iowa, joined the Marine Corps and got to see the best and the worst that the world had to offer. Then earned a law degree. No matter where he went, he always had a book with him. He loves the works of Robert Heinlein, Anne McCaffrey, JRR Tolkien, Robert E. Howard, and so many more. He has been compared to Andre Norton and is humbled by that because she was an incredible author with a huge list of novels to her credit. With every new book, Craig aspires to live up to those authors the readers have compared him to. Through a bizarre series of events, Craig ended up in Fairbanks, Alaska. He never expected to retire to a place where golf courses are only open for four months out of the year. But “it's all part of the give and take of life.”